Welcome to my world, a particular place where fact and fiction tend to collide and combine, embrace and entwine themselves until they re-invent as stories. I can only hope you enjoy some of them. 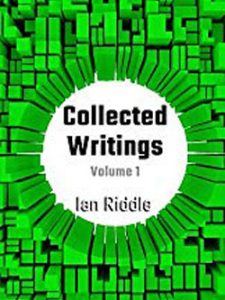 An anthology of fifteen short stories, ranging from just over one hundred to almost six thousand words. 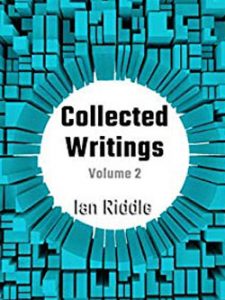 A second anthology with a mix of subjects from the slightly humorous to the downright sober.

The writings so far, consist, or at least will by the end of this year, of a novel and a couple of collections of shorts. I would say short stories, but not all of them are, of course. There’s a travelogue smuggled in amongst them for starters, not to mention a monologue on the way as well as a few other odd bits and pieces of thinking that have attached themselves to me as I’ve stumbled along.

Style-wise, my writing can, I suppose, be best summed-up as being in the literary genre, if only by default. It’s most definitely not crime, fantasy, horror, chiclit nor any of the other more popular types. It’s also not epic; far from it in fact. It tends to be brief and to the point.

Having exhausted all other possibilities it would seem then that only ‘literary’ is left open to me. It certainly seems to fit  under one definition of the term, suggested by Wikipedia, as being writing that’s ‘concerned with social commentary, political criticism, or reflection on the human condition’. It’s the nearest I can get to myself but I’m happy to leave the reader to form their own opinion. It’s not really that important; “there are greater things in heaven and earth,” as has previously been noted by a far greater writer than me.

This Site Is Protected By
Shield →