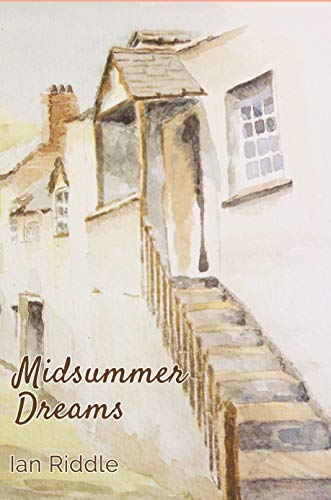 By Way of an Introduction

It’s Midsummer in Treddoch Harbour, the time of the year when daylight seems to want to run on forever and night is just an unwanted and unwarranted intrusion.

It’s that time of year when the blackbird can still be heard singing far into the evening and children are resentful of going to bed, for daylight, somehow, manages to worm its way through even the tightest of drawn curtains.

Grown-ups too are tempted to stay awake just that little bit longer, even though they know they shouldn’t; work lurks behind the coming morning’s alarm. Sitting out of doors though in the soft, warm air with a glass of something or other is always a preferable alternative. Winter, with its sharp nights and damp days, will come and confine them soon enough they know.

Not only is this Midsummer in general, but today, by chance, as we visit Treddoch Harbour, that sea-skirted, salt-washed, seagull-pooped-on community that lies snuggle-safe between its cliffs on Cornwall’s southern coast, towards the eastern end it is, more specifically, June the twenty-first, Midsummer’s Day, the Summer’s Solstice.

Today is that singular day of days in the calendar when the morning light comes streaming so early that it might seem to the untutored mind, that the hour’s much later than in fact it is. It’s especially true today, for the sky’s clear, the weather’s forecast to be more than fair and the temperatures are already on the rise, keeping pace with the ascending sun.

The blackbird has barely slept

Order Now!
About the Book

Midsummer Dreams is a lyrical history of the lives, loves and, in particular, the dreams of several of the inhabitants of the small village of Treddoch Harbour. Treddoch, as it’s referred to locally, is a fictional, atypical, once fishing, now touristy, community situated on Cornwall’s southern coast.

Everybody has their dreams, though none more so than the inhabitants of Treddoch. In their case, and this is where they differ from the mainstream, as well as having their own, personal dreams, the residents of Treddoch Harbour also have the one dream, the overarching dream, that singular dream that binds them as a community. This is the dream of having a ‘good Season’. For many of them, who rely on the tourists for their income, their money’s only to be made in the summer, when the tourists are abroad. Winter months can be dire.

The action is set on the one day, Midsummer’s Day, starting at dawn and ending with dusk. The story’s told through the voice of a tour guide as he takes the reader around the village, introducing the characters one by one, starting with the late Butcher and his Wife, now interred in the local cemetery!

From then, the visitor is introduced to a variety of characters starting with Johnny Polmayne, potentially an ‘artist of prodigious proportions’ though a drinker and a wastrel to boot. At the time of visiting, Johnny’s wife, Abi, is about to terminate their marriage of several ‘wasted years’. It can only be saved by a major u-turn on Johnny’s part. Bastet, a cat, proves to be the catalyst (!) that helps Johnny make the change.

The reader then meets, in turn, the Nancarrow twins, who run the bakery, together with their helper, ‘Old’ Bill Pascoe, Jack, the butcher, locked in a loveless marriage and The Captain, who isn’t. The Captain is owner of ‘The Captain’s Table’ restaurant, the place where the coach’s occupants are to have lunch today.

Other major players include Molly Pendarritt, Head Teacher of the local primary school and hopeless romantic, Lizzy a single mother of two, who’s daily visits to the butcher’s shop are beginning to set Jack’s pulse racing and Jason Henley who arrived in Treddoch, many years past, in a rusty old camper van with a surf-board on top and a dream in his heart.

Tom Penhale, an elderly, retired fisherman and long-time widower, now at the very end of days, mooches his way through the book.

The novel was published end March 2020

Endorsements
Insightful character portraits and vivid descriptions make this a treat for all the senses.
– Jane Hunt
Jo Williams As a lover of Shakespearean plays, I fell for this beautiful book immediately.
– Jo Williams
Wow what an unusual book!
– Daisy Hollands
Order Now

This Site Is Protected By
Shield Security →